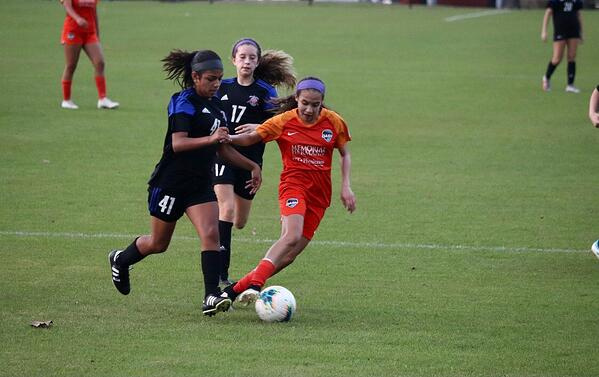 Dynamo Dash Youth continued its spring season tournament series with back to back weekends featuring the Houston Premier Cup 2021. The two events were hosted in The Woodlands, TX at Bear Branch, Gosling and Alden Bridge sports complexes on January 22-24 and 30-31. Two hundred (200) elite teams attended from Dallas, San Antonio, Austin, TX and from other multiple surrounding states. Players (boys / girls) from U9 - U15 were on site competing at the 7 v 7, 9 v 9 and 11 v 11 formats. Two thousand five hundred (2,500) players had the opportunity to compete on first class facilities enjoyed by a huge spectator audience. All the teams stayed within The Woodlands Township having full access to the incredible amenities the local community provides. "On behalf of the club I would like to recognize and thank the above partners along with all the referees, volunteers, teams and coaching staff that helped to make the tournament a tremendous success. We decided to split the event over two weekends to provide a concentrated effort for both the boys and girls after last year's combined tournament. Expansion and growth was inevitable. The feedback we have received has been extremely positive and we look forward to staging an expanded version of these events again in 2022."
- Stuart Taylor, Director of Tournaments & Events.blog.dynamodashyouth .com/houston-premier -cup-2021*Houston Dynamo Dash is an official KDC sponsor.
Reply
* Reactions disabled on political threads.
What are your thoughts? Log in or sign up to comment Log in » Sign up »