~ 4 mos, 18 days ago   Sep 09 2019, 11:30am
The FBI Violent Crime Task Force needs the public's help identifying and locating two men who robbed two separate Loomis armored cars within the past month, including one in Kingwood. 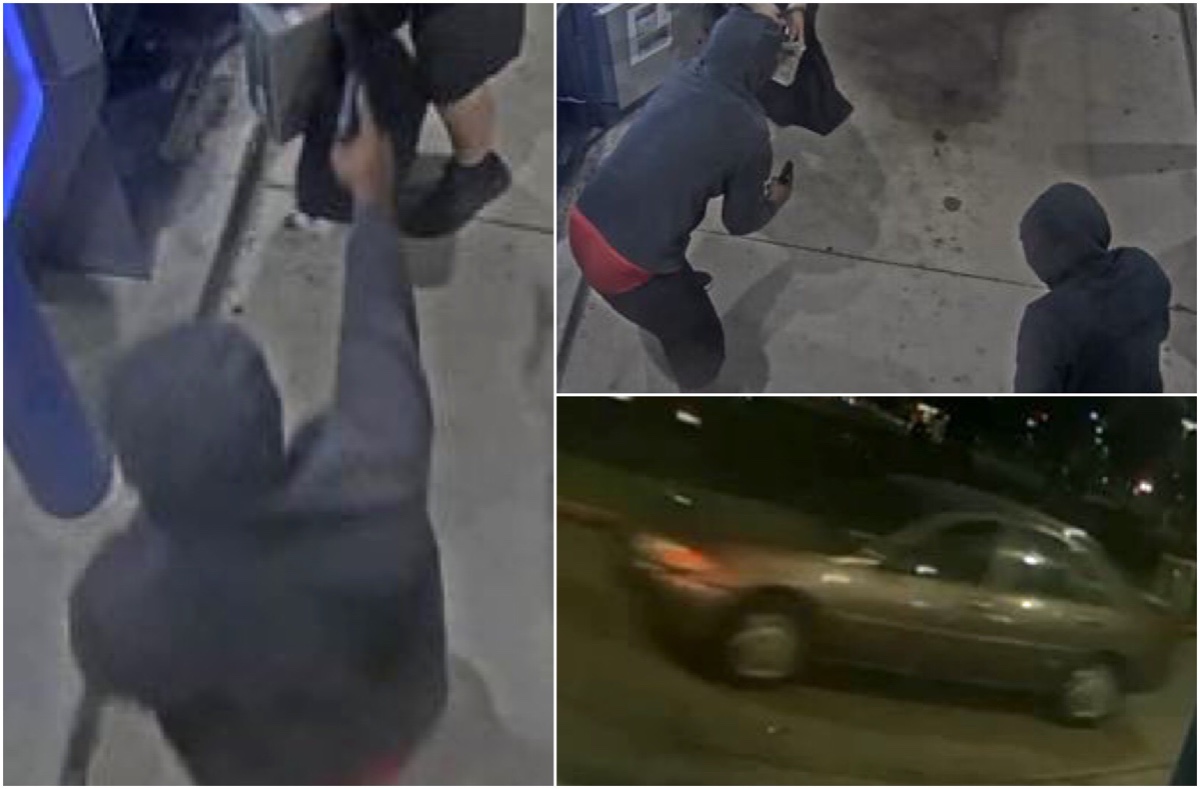 The first robbery occurred at approximately 6:00 a.m. on Tuesday, August 13 outside of a Chase Bank located at 11029 Shadow Creek Parkway in Pearland.

As an armored car courier was servicing an ATM, two suspects drove up behind the courier in a brown sedan, exited the vehicle, pointed a handgun at the courier, and demanded money. The two men fled in the sedan with an undisclosed amount of money.

As an armored car courier was exiting the vehicle, an armed suspect approached the courier, pulled out a handgun, and threatened the courier while demanding cash. The suspect fled in a stolen vehicle which was driven by an unidentified second suspect. There were no physical injuries during either robbery.

The robbers are described as two black males, approximately 6'1" tall with a slim builds. During the first robbery, the robbers wore black hoodies, black shorts, and black athletic shoes. During the second robbery, the identified suspect wore a light grey hoodie, dark grey sweatpants, and a mask covering his mouth.

The FBI is offering up to $15,000 for information leading to the identification and arrest of these robbers. If you have any information, please call the FBI at 1-800-CALL-FBI.
Reply
What are your thoughts? Log in or sign up to comment Log in » Sign up »

~ 4 mos, 18 days ago   Sep 09 2019, 11:33am
@KingwoodDotCom : Those are awful pics. Hard to identify anyone from back like that. I do wish them luck in finding the suspects. I'm trying to figure out if that's the guy's pink underwear or is that his shirt
Reply

~ 4 mos, 18 days ago   Sep 09 2019, 12:22pm
Can't believe they left out red underroos from the description.
@Katzen : Latest APB: Be on the lookout for two males with their pants down to their knees trying to run with one hand holding a bag of money and the other holding up their pants.
Reply